I had a lot of questions about volunteering before I made the leap, and consequently a lot of false assumptions. I have learned through my humble sampling of experiences now that the following questions do actually have reassuring answers. Here they are in no particular order and with varying degrees of accuracy. 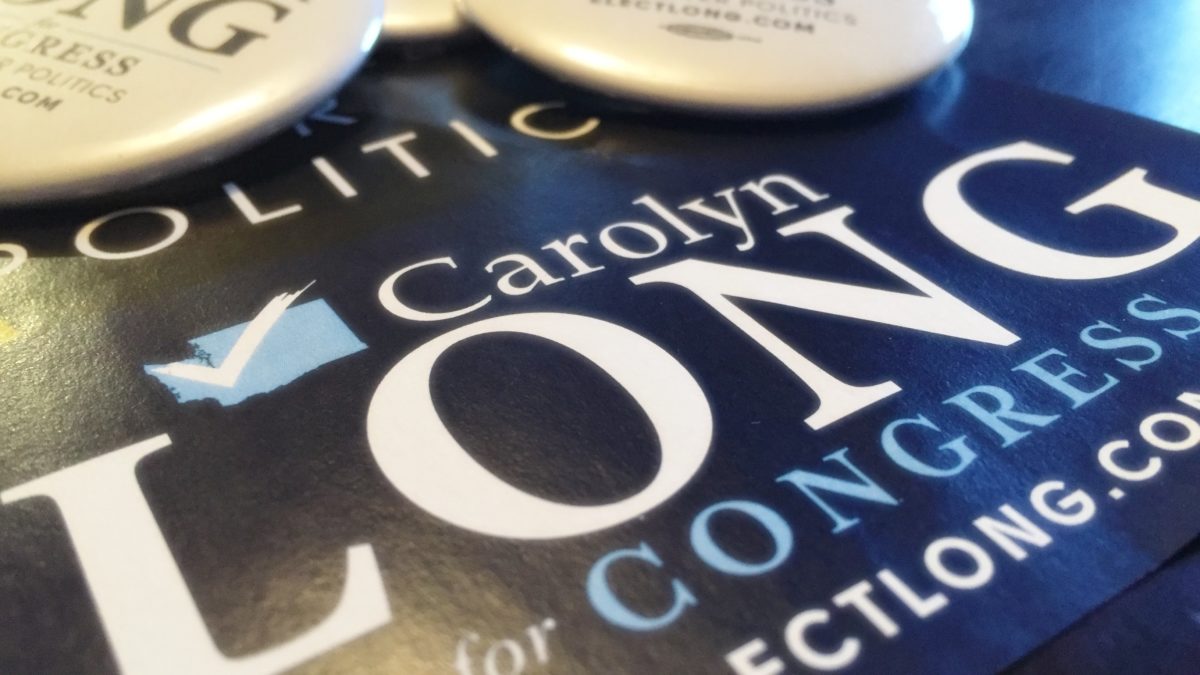 You would think so, right? Each time I volunteer for a new activity, I worry this will be the case. So far, it has yet to ring true. From phone banking to canvassing, every experience has included moments of laughter, moments of adrenaline, and admittedly a few moments of poorly concealed rage. What I haven’t experienced is boredom.

It was during my first phone banking attempt that I called the number of the most inspiring and hilarious elderly woman I’ve ever encountered. All I could do was try to muffle my hysterical laughter as she ambled through a monologue detailing her vitriol for Jamie Herrera Beutler and the depths of her disappointment that the daily letters she sent requesting her resignation had thus far failed. I barely noticed the phone call was taking five times too long as she cracked a litany of one-liners and ended with a declaration of her love for me and how proud of me she was.

While not everyone you encounter could moonlight as a standup comedian, even encounters with violently opposing views contain elements of both excitement and enlightenment. I often think of the family who passed me at the farmers market with a multitude of children and proudly proclaimed they only vote Republican no matter what. I won’t detail the subsequent exchange here, but it ended with the mother walking backwards down the sidewalk thumping her chest in a come-at-me-bro posture. Sadly, I don’t think I converted them, but it wasn’t boring.

2. Isn’t volunteering only really possible for people who don’t have to work for a living?

I used to think so, and it kept me from taking part in many efforts about which I cared deeply. I work around 60 hours a week and have an hour or so commute each way, sometimes longer depending on traffic. I’m also raising five children with my husband in our blended family and we are remodeling a house on the weekends. I admit I often find it hard to free up my schedule for every event on the campaign calendar.

Luckily, I’m not the only volunteer and I don’t have to make it to every single thing to lend a hand. When I am able, though, I consciously prioritize volunteering. I have established with my family how important this effort is to me and heard only a handful of complaints when I therefore dragged my mother canvassing for two hours on Mother’s Day weekend because she happened to be visiting from out-of-town. I bring my children with me to the farmers market where they play on the playground right behind me, and sometimes get excited to help. Instead of a girl’s night every few weeks, I schedule a phone banking night and let my family know I’ll be home late. I’m working on convincing campaign headquarters to couple phone banking with margaritas, but this is still in the dream board phase.

Carolyn Long’s campaign has also set up mechanisms to enable volunteers to phone bank and canvas in their spare time apart from a scheduled event. On top of that, there are individual efforts to further her campaign we can all make that only take a few minutes here and there over the course of months. These include engaging in thoughtful discussions with our friends, family, and neighbors about our strong support for Carolyn, as well as publicizing our support to the community at large with yard signs, bumper stickers (I taped mine to the inside of my rear window), and letters to the editor in our local papers. Just remember that letters to the editor have a maximum word limit or you’ll waste precious time trying to pare down into one paragraph the two page manuscript you dictated at the top of your lungs to your phone app while you were showering one day. Not that I did this. Just, you know, hypothetically.

3. What if I’m not an expert on every political issue and the candidate’s stance?

This held me back briefly at first, and I toyed with the idea of waiting to help until I obtained my PhDs in foreign affairs, international finance, and constitutional law, but then I realized that even so-called experts are idiots about something once in a while. Most of the people we encounter during volunteering are just like the rest of us; they have hot button issues with strong opinions, but they aren’t really bonafide experts on very much and are relatively uneducated on plenty of topics. No one expects a volunteer to be Neil DeGrasse Tyson or Ruth Bader Ginsburg, or any other similarly triple-named fount of wisdom. They want to know why you support your candidate, and if they have a question you can’t answer, they love it even more when you offer to write it down and take it directly to Carolyn for a personal response.

If I’ve learned anything through my experience so far, it is that our electorate as a whole is woefully under educated about the real issues that impact our everyday lives. Lending your passion to the conversation can only be a positive contribution to the discourse. But don’t pretend to know things you don’t. Inevitably the individual you’re trying to convince of your foreign-policy expertise will turn out to be a UN Ambassador, so don’t bother bluffing.

4. In this age of high-speed technology and social media, isn’t volunteering just a waste of time?

I shared this assumption before I made my foray into the modern political campaign, but to be obliging I humored the campaign leadership and finally attended an organized canvassing event. What I discovered was that every person I spoke with that day was both a Democrat and yet somehow unfamiliar with the leading Democratic contender, Carolyn Long. By the end of each conversation, every person I spoke to assured me Carolyn had their support. Certainly social media and online news outlets play a tremendous part in today’s campaign endeavors, but nothing will ever wholly replace old-fashioned human interactions. It’s these interactions, the face-to-face conversations sharing passionate and candidly heartfelt opinions, that inspire people to vote.

I think back to the last election, in which I caucused for Bernie Sanders and ultimately voted for Hillary Clinton in the general election. I wasn’t a Sanders fan from the start, but it was conversations with real people which finally convinced me to support him in the primary. It wasn’t social media, or the news, and I never even heard Sanders speak in person until after I had converted. It was my husband and my sister. Human influence is more powerful than any other medium on the planet.

5. Are there any volunteer roles for introverts?

While some of us may enjoy the rush of fear and anxiety that naturally accompany accosting a stranger on the street and forcing them into conversation, most volunteers find this at least a little daunting. Although I can assure you that sick feeling in the pit of your belly goes away after you’ve made a fool of yourself a handful of times, there are also plenty of ways to lend a hand without venturing far beyond your comfort zone. Most of the campaign work is done behind the scenes, and there is plenty of it to do. From making buttons and stuffing envelopes, to assembling signs and helping to set up for events, there is always room for every type of personality.

6. How do you avoid arguing with people?

This one was a real kicker for me, for I am descended from an inherently opinionated and argumentative people. In my day job, I am accustomed to arguments in which I’m generally allowed to win, so I neither shy from a fight nor do I fear losing. Going into this, however, I knew I would have to curb my temper unless I wanted to redirect voters to the Republican side, and despite a few close calls, I’ve mostly succeeded. In general, I nod and smile, and calmly allow the individual with whom I’m speaking to say whatever outrageous thing they want to say while I keep a sarcastic narration running silently in my head to maintain my sanity.

Of course there is the odd blooper when I mistakenly vocalize what were supposed to remain thoughts, like the time I responded to a couple who only votes Republican to rest assured that their kids would grow up to be Democrats someday, but I think a learning curve is invariably to be expected. In another incident, I stood serenely while a passing elderly man decided to stop and berate me and the two women volunteering with me at the farmers market. He turned his round face beat red with his violent rant of profanity and inched ever closer as he repeatedly jabbed a gesticulating finger toward us for a solid five minutes or so. I pretended he was one of my children and willed myself to have patience with the overgrown toddler, softly reminding him that his behavior was inappropriate and asking him to calm down. After he had gone, a nearby volunteer from another organization approached us to see if we were all right, and to commend us on maintaining our composure. Strangely, it wasn’t that difficult. Interactions like that one are extremely rare, and only feel comical when they are happening. I console myself with the notion that witnesses to the episode might have been swayed to feel more positively about Carolyn Long’s campaign than the MAGA thug, and possibly choose to learn more about her as a result.

7. What sort of perks can volunteers expect to receive?

Beyond moving to the top of the phone tree when the campaign needs volunteers for something, the only tangible perk I’ve really noticed is the incredibly warm and satisfying feeling I get from knowing that I’m finally doing something about the bullshit mess we have created for ourselves. I know that I am doing everything I can to turn this world around before my children inherit it, and that I can be proud of what I contributed when we look back at this dark era and judge those who lived through it. History will create silent heroes out of all of us, and that’s a pretty fantastic perk.

Oh, and I have unlimited access to buttons. So… That’s awesome.

If you think you’re ready to jump in and help, you can explore more opportunities to volunteer at Get Involved | Elect Carolyn Long. I hope I see you out there!

To learn more about Carolyn Long, visit ElectLong.com or follow her campaign on Facebook at Elect Carolyn Long. This blog is not affiliated with the campaign and is my own independent creation; all opinions expressed throughout are solely my own.

These are the rambling thoughts of a middle-aged mother who wishes she was a writer, but had to make money so she became an engineer instead. Please forgive my typos.